We can only plan if we can dream and we can only turn dreams into reality if we are practical.

Our first objective is to sustain the projects mentioned on the ‘SO FAR’ pages. 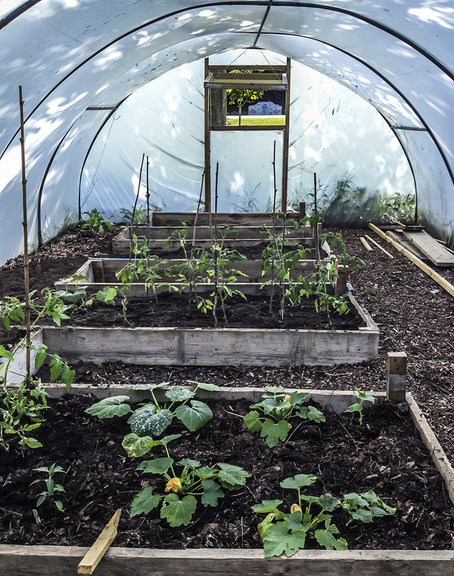 By May 2014, the children of St Mary's had planted vegetables in the garden and the polytunnel and were beginning to see the fruits of their labour develop.
1
We will continue the creative workshops, offering places to more people and more workshop leaders.
The HOME IN BRIDPORT exhibition will be shown again in late September 2014 at the Sir John Colfox School in Bridport.
Below is some of the photographic work from the exhibition.
2
More cookery and nutrition classes for young parents are to be given at Bridport Children’s Centre
beginning in the January 2018 and we are planning  several large community events in which
catering will play a major role.
This will create part-time employment for three people. 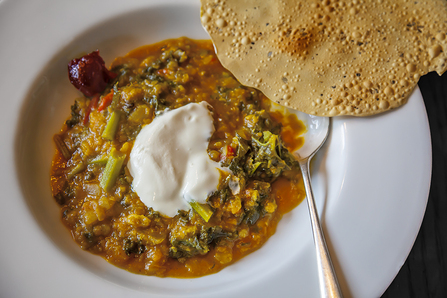 Photo: Robert Golden
3
Through the activities of the HOME team, contacts have been made in an area of the Skilling Estate called the Princess Road Flats. This is a depressed area of one of the poorest estates in the county. People have been encouraged by their participation in the film Homes for Heroes to become pro-active in developing changes where they live. The landlords have been responsive to the newly created dialogue between the tenants and themselves and have begun to help bring about the changes.

We are hoping this will lead to part time employment for several people. 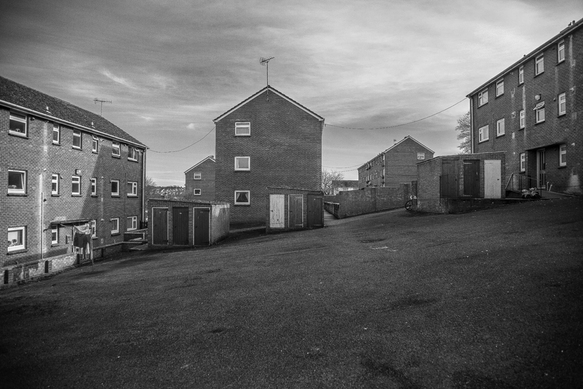 The yard between the blocks. Photo: Robert Golden
Eventually the landlords backed out of their promises and commitments and refused to discuss other possibilities with the HOME group. But as you can read below, HOME has been able to help a group of families to establish a now viable allotment.
4
As the Princess Road Community Garden develops HOME has assisted the community in its aims to improve the area and their own lives. People have been supported to learn new skills and encouraged to green other private and public areas, providing inexpensive or free fruit and vegetables for people to share. It is possible that this could lead to the creation of a small food stand using local unemployed cooks to utilise the garden’s food for snacks and ready prepared, nutritious, organic meals.

HOME will attempt to introduce retired people to read to local children, becoming mentors to help
the children and single parents.  HOME would like to introduce hands on, in-the-estate cookery and food workshops
as an extension of the classes being held at St Mary's School. 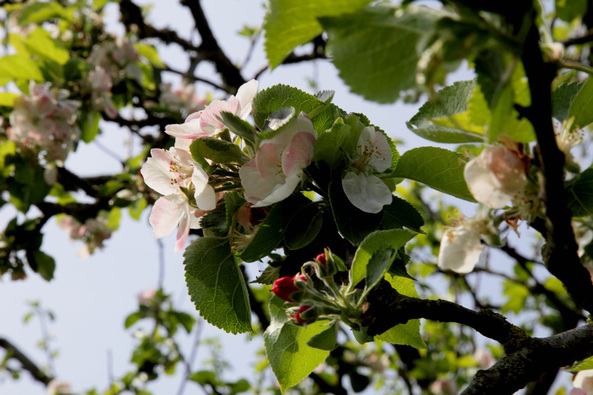 Apple blossom brings beauty and food. Photo: Robert Golden
5
We will continually encourage St Mary’s Board of Governors and parents to take ownership
of the school's garden so that it is sustained within and by the community. 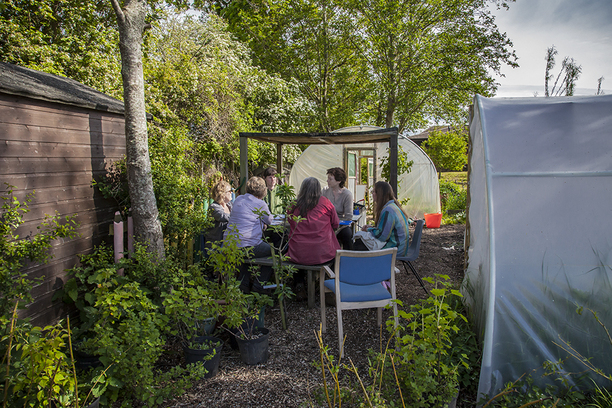 The HOME team volunteers meeting with St Mary's representative and the gardeners to plan more community actions. photo: Robert Golden
6
We are planning to encourage interest in retraining local people by local people so carpenters, cabinet makers, plumbers,
electricians, handymen and women, gardeners, cooks and other skills can begin to create local work for themselves.
In the picture below, local parent/crafts-people helped to build a pizza/bread oven
​in the school's garden. 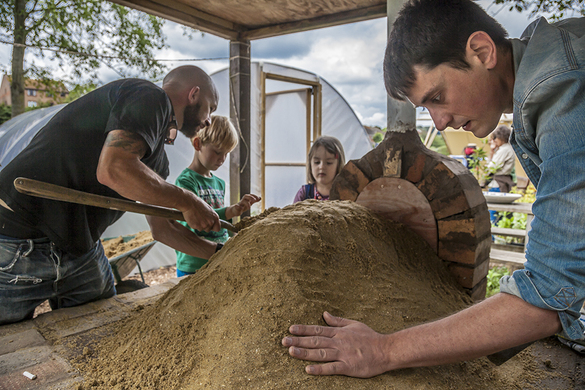 7
We will encourage the use of the local LETS system so that a small-scale estate based
exchange can be created, allowing more people to use what skills they have.
8
HOME in conjunction with Transition Town Bridport have begun a new programme to encourage the school's children
to become more pro-active in caring for the garden while exposing them to the idea of enjoying and eating more greens.
This PEAS PLEASE project is proving to be successful in attraction more children to the garden.
​

And so on as we continue to dream.